NPR reported last week that a Burger King in Miami was going to sell beer with its burgers and fries, beginning in mid-February. Many believe that this is the first Burger King in the country to serve beer, but in fact, the Governors Island Burger King sold beer here during the Coast Guard era on the Island. (It was also likely the only Burger King that was  attached to a bowling alley!)

The Burger King is located on the southern portion of Governors Island, adjacent to the ball fields. It is often remembered fondly by those who lived and worked here as a center of Island recreation and fun. The Burger King even made an appearance in issue 615 of Spiderman.

Unlike many places around New York City, you could get a 32 ounce beer on Governors Island for just over $2. 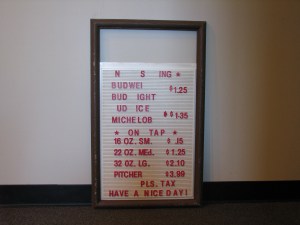 And although we may no longer have the Burger King, we do have a variety of…